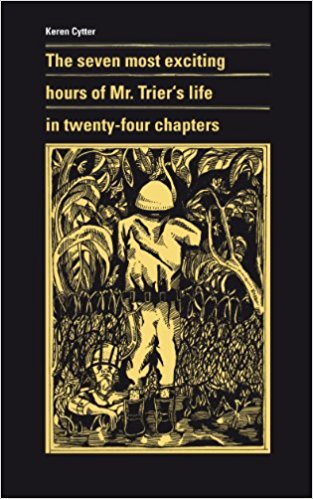 »The seven most exciting hours…« is an adventure novel based on a true story told in a televised interview by the notorious Danish filmmaker Lars von Trier. It describes seven hours in the life of Tibor Klaus Trier--Lars von Trier's father--from the moment that his wife goes into labor early in the morning until Lars is born. - The setting is Copenhagen, dominated by a hospital that recalls von Trier's television series 'The Kingdom.' The plot is thick: Tibor arrives with his wife Margaret at the Maternity Ward of Mercy General Hospital, only to realize that he must return home to retrieve a forgotten mobile--his only link to a sister in distress. On the way, he stops to get gas and gets involved in a car robbery. A cancer takes root in his body. Back at home, he sneaks a peak at Margaret's e-mail and a great secret is revealed that makes him rush back to the hospital to kill her and her son. En route he crashes his new car and his body breaks into pieces and he loses his memory. Mercy General is haunted by a great ghost and the day is Armageddon when the ghost needs to challenge the living with an army of zombie children--all born within its walls. Who is this great ghost? What does Margaret hold in her body? Will Tibor survive his one day old cancer? All and more will be revealed. - Translated from the Hebrew by Hillel Roman. - / Sprache: Englisch