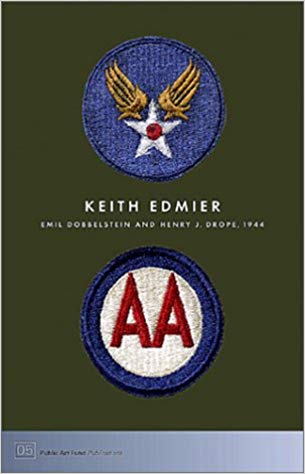 Edited by: Jeff Kastner / Emil Dobbelstein and Henry J. Drope are, respectively, Keith Edmier's paternal and maternal grandfathers. Both men served in World War II, but Dobblestein committed suicide while serving at an army airfield in Missouri while Drope was honorably discharged from the army in 1946 after fighting in Europe. He lived until 1995. Emil Dobbelstein and Henry J.Drope, 1944, a personalized version of the traditional figurative war memorial, is comprised of two three-quarter-scale bronze representations of Edmier's grandfathers, and acts as both an investigation of personal history and a sophisticated reflection on eulogy and memorial. The assortment of World War II-era ephemera that Edmier assembled in researching this project--including telegrams, newspaper articles, photographs, death notices, and other personal items--are presented in full in this publication, alongside illustrations of the sculpture itself. A Public Art Fund project, Emil Dobbelstein and Henry Drope, 1944 was on view from March through September of last year as part of the 2002 Whitney Biennial. - / Sprache: Englisch